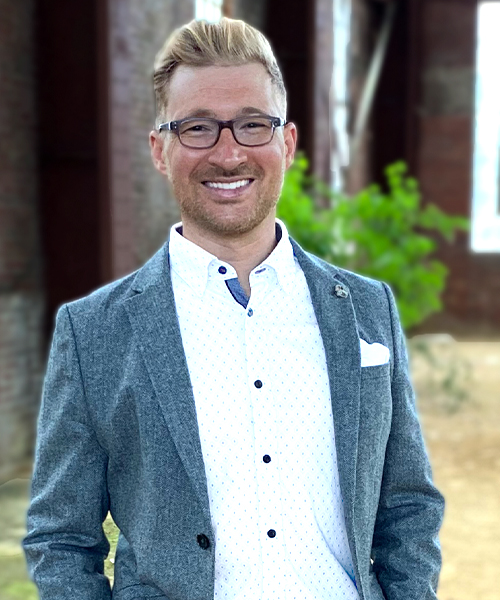 Michael has been practicing architecture and design for nearly 20 years, the last half in the greater Washington, DC area. Prior to joining Nahra Design Group in 2020, Michael was a Studio Director and one of the founding employees at the prominent hospitality design firm HapstakDemetriou+. There he was a leader of firm operations, recruited and directed the talented staff of design professionals, and design and managed projects of a variety of scales and typologies from local DC favorites like Rose’s Luxury, Bread Furst, and Emilie’s to large food halls like Casa Tua Cucina in Miami, FL and Mercado de Paseo Caribe in San Juan, PR.

Before moving to Washington, Michael lived and worked in Portland, Oregon. There he worked on large scale hospitality projects such as the first branded aLoft Hotel and multiple Marriott projects, along with local restaurants and offices, learning the true value, necessity, and means of executing environmentally responsible, and economically viable, design. It was also there he earned his Masters of Architecture from the University of Oregon.

Between earning his BA in Architecture at Miami University of Ohio and settling into Portland, Michael got his start working across the US on a variety of project types as a project manager with an Ohio-based general contractor. His experience working as a contractor prepared him for re-entering the architecture profession upon moving to Portland.

Born in Pittsburgh, Pennsylvania, raised in northeastern Ohio, with experience from coast to coast and multiple points between, and a fondness for world travel and experiencing different cultures and ideals, Michael brings Midwest sensibilities, west coast environmentalism, east coast work ethic, and a global perspective to every project on which he works.

Michael is licensed to practice architecture in the District of Columbia, Maryland, and Virginia. He is a member of the American Institute of Architects (AIA) and National Council of Architecture Registration Boards (NCARB).